Few of my friends have been asking me to load on some info about films. I was wondering what do I know about films?

Speaking about films I am quite choosy when it comes to spending a couple of hours in front of a screen. I think time is something that should be considered as an investment. Hence invest wisely or it affects your profit (wink). I am unbiased when I say I like malayalam movies, It is because I believe Malayalam movies have got strong theme and the directors try hard to bring out the soul of their characters. Proud to say that Malayalam movies have come out of the crying shame of exclusive  'A' rates into the stunning performances of veterans and other extraordinary talents. Malayalam stories imbibe the reality around us. Films are used as a means of communication & information for its audience than being a mode of an entertainment. (majority cases) Malayalam cinema holds the golden star of being the first in India to introduce 3D film 'My dear Kuttichathan' in 1984.

When I say that I like movies being an infotainment it doesnt mean that I dont like comedy movies. For the record, some of my comedy favourites are 'Munna Bhai MBBS', 'Santhosh Subrahmaniam', 'Oru Indian Pranayakhada', etc. I do enjoy fun & derision. I am very much a human being who enjoys humour but spending 120/- and investing 2 hrs should not end up with a laughing excersise alone. I dont like movies becoming a wide gape of the reality that our intelligence is being insulted. I deeply appreciate the talent of every comedians and other feature actors in every film industry in India. I respect every work of art despite of its category,origin and flaws.

So Keeping aside Malayalam I have an affinity towards patriotic movies for ex. 'Lagaan', 'Kaalapani' etc. I prefer Bengali movies above other Indian languages because I love poetry and I like bitter truths than sweet lies. Bengal being the land of Tagore-father of Indian literature and Satyajit Ray who was a living legend. Every Indian film critique would include in his trail The Apu Trilogy- An impossibly astounding set of works which won many national and international awards during the late 1950's.

I choose movies according to the directors and sometimes casts not because of their charm and hardwork alone but because I trust those men and women to have unique tastes as I mentioned above 'Boring Types' and their films are called 'Award movies'. After all good things rarely get appreciated, they seldom get the tag like 'BlockBuster' or 'MegaHit'.  So some of the directors of my choice are:

Malayalam:
1.Adoor Gopalakrishnan-India's most acclaimed contemporary film maker. I cannot choose one or two but all his works as my favourites.
2. Anjali Menon- A new generation movie maker with a pinch of retro in all her works. I like her direction more than her stories. Her movie 'Manjadikuru' has made an identure of every single bygone village frolics.
3.Shyamaprasad- I must say this actor has set a standard for himself which he has been successful in inculcating it into his audience. 'Artist' and 'Orekadal' are my favourites among his brain childs.
4.Sreenivasan- An accomplished actor known for his screenplay and direction. 'Mazhayethum Munbe' is my favourite among his directions. 'Thira'- A movie by his son Vineeth Srinivasan is one heck of a movie which won my respect and admirations especially because of the way it was taken with less atrocity yet braught out the truth with equal harshness. The story was based on a real activist Sunitha Krishnan.
5.P.Padmarajan- One of the pioneers of mature malayalam cinema, 'Thoovanathumbikal' is a stand out in all his works.
6.Blessy- Not even a single one of his works has disappointed me. His debut movie 'Kazhcha'  and other movies like 'Thanmathra', 'Pranayam', 'Calcutta News' etc has enriched malayalam film industry.
7.Jayan K Cherian- I came across this wonderful man's work when I happen to see 'Papilio Buddha' The story deals with discrimination against landless Dalits and the politics of suppression of their struggle against the upper castes and other powerful elements locally.

The above mentioned movies are just a handpick out of my choices. Just for the info I would like to say there were even more astounding directors namely Shaji.N.Karun, Bharathan,T.V.Chandran, I.V.Sasi, Sathyan Anthikad,Sibi Malayil,Kamal,Fazil,Ranjith etc who has also contributed to a cult that is yet to be superceded.

The actors whom you can rely upon for their choice of projects are Shobana Chandrakumar, Reema Kallingal, Mamta Mohandas, Revathy and Sreenivasan.

Bengali:
I am not aware of everybody or every movie in Bengali film Industry but I am a great fan of Aparna Sen as a director. Her movies are unique. Most of her movies end without a climax, she leaves the audience mesmerised in her story to find their own conclusions that please their consciousness, I like all her Indian english movies especially 'The Japanese wife', 'The last letter' and the 'Mr.&Mrs. Iyer'. It would be injustice if I dont speak about her other amazing works but as I have to restrict my choices to a few, am trapped.(grin) But yes, my next choice would be Anirudha Roy Chowdhury- director of Antaheen and Anuranan & Rituparno Ghosh- director of Chokher bali and Raincoat.

The artists whom I would choose to believe blindly in their choices are Rahul Bose, Soumitra Chatterjee, Raima Sen, Konkana Sen and Rajat Kapoor.

Tamil:
Tamil films are known for their stunts and punch dialogues. I have very few choices in Tamil though there are so many veteran comedians and action heros who have done so many great movies.Tamil industry namely 'Kollywood' stands second after 'Bollywood' in the ranking of film industries in India. A land where they build temples to worship artists.
The directors I would opt out are:
1.Kamal Hassan- A veteran who started his journey through the Indian cinema as a child actor at the age of four. If someone ask me whose brain I would like to preserve as a precious remembrance I would say Kamal Hassan (wink) because he has proven himself in every aspects of film making actor, script writer, lyricist, playback singer, choreographer, director and a producer. He is an amazing human being who has advocated for justice to the poor. He has done inumerable contributions to the society through social services. Am sorry I do have hundred tongue when I start speaking about the 'Ulaganayagan' which means King of all actors. I can never forget his dialogue delivery and acting in the blockbuster movie 'Nayagan'. His movies broke regional and language barriers.
2.Gautam Menon- I think this director has the sauce that Bengali movies share as I mentioned above 'bitter truths than sweet lies'. His movies are raw reality totally unpolished yet must watch movies. He has set a trend in Tamil movies among the new generation. The movies 'Varanam Ayiram' and 'Nee Thane En Ponvasantham' are my favourites among his works.
3.Mani Ratnam- One of the directors I respect deeply. I cannot simply pick any one or two from his works but his movies 'Bombay', 'Roja', 'Dil Se' 'Kannathil Muthamittal' etc has contributed so much to the social awareness of the attrocities around us. His romantic hit 'Alaipayuthe' remains my favourite forever. He is a gem of Kollywood who does wonders through his cinematography skills. 'Iruvar', 'Yuva' and 'Guru' are some other exceptional works of Ratnam. A must watch among all his work is 'Thalapathy'.

Few artists whom you can blindfoldedly rely upon for their selection would be Suhasini, Prakash Raj, Kamal Hassan and Mammotty(In Tamil).

Bollywood
This is were am going to stumble. What will I choose among the profusion of films? I would be happy if somebody could allow me choose 100 best movies but unfortunately I am not given that choice. Hence I will recommend few movies which belong to my favourite list and guess most of you might havent watched yet they are:

Directors are difficult to point out, but the names that rush to my mind first are of Deepa Mehta,  Mira Nair, Anand Gandhi and Aamir Khan.

Actors whom I prefer upon the choice of projects based on story would be Shabana Azmi, Nanditha Das, Rahul Bose and Konkana Sen.

So guys I guess my choices might have helped you at-least a bit to shorten your list of 'Movie to be watched' Have a fun weekend!! 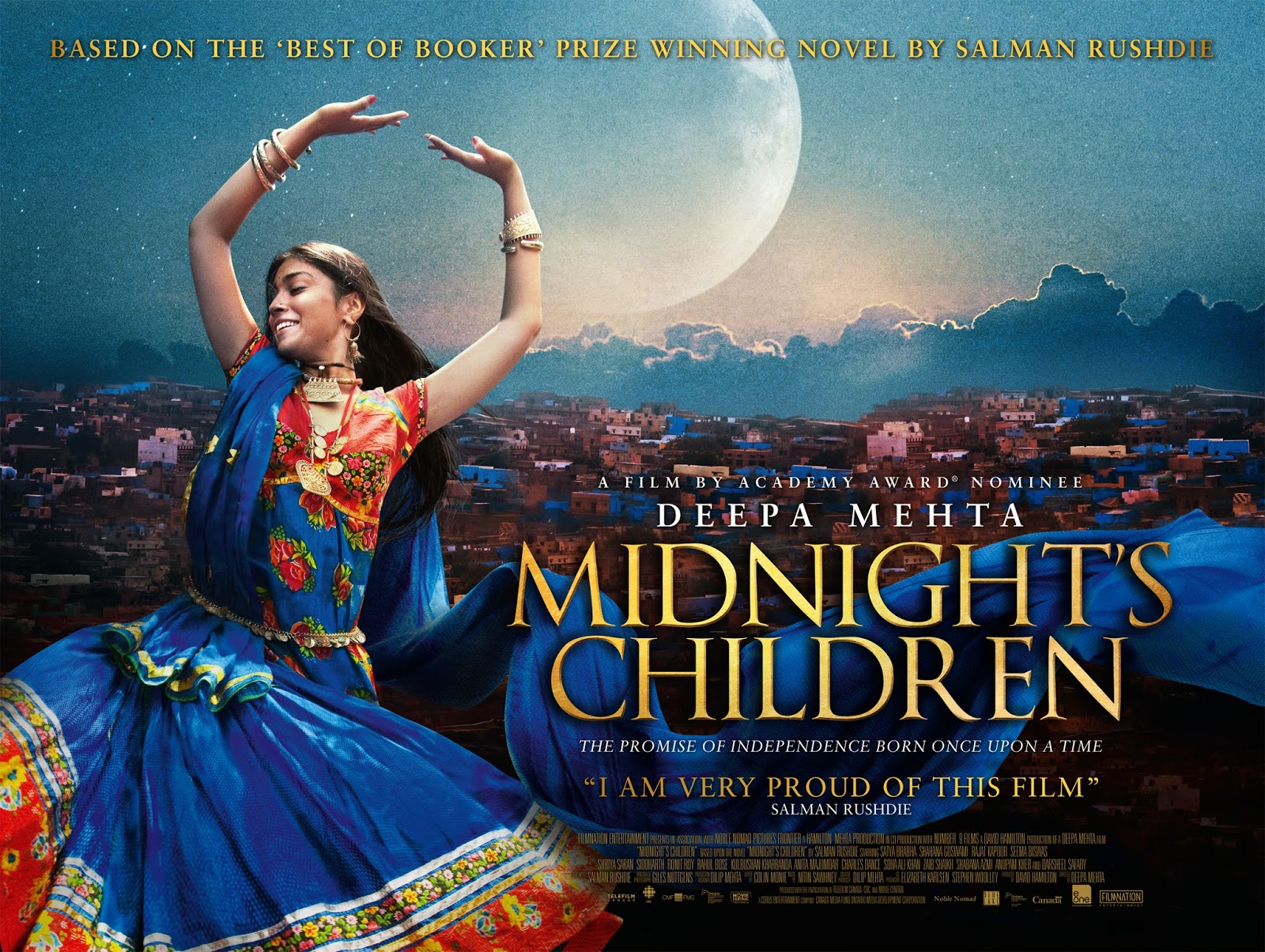