The Myth about Caste system in Hinduism 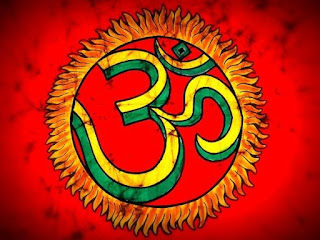 I searched Hinduism on internet curious to see the results and was really agitated on seeing a definition of Hinduism on a British website ‘the free dictionary’. First line of the definition says “a body of religious and philosophical beliefs and cultural practices native to India and based on a caste system; ”

“Religious belief Based on Caste system?? “

I felt that there was an immediate need to write about the fact that caste system is not divinely inspired and was not mentioned in the Vedas. Hoping that it would help few to change their attitude towards Hinduism.

In this write-up I will be speaking about the myth of 'caste system being mentioned in the Vedas'. I don't want to add Manusmriti into this discussion because I am not a follower of Manusmriti and I disagree with many points by Manu.
Manusmriti is considered to be a law book that was used to enforce Caste system in the ancient days. Manusmriti was discoursed by Manu and Bhrigu on their own fancy to suite and aid the management of the situation back in the 3rd century. It was one of the first Sanskrit texts to be translated to English during the British Rule in India. So we could assume the rest, British knew what was good for them. What was supposed to be taken to Britain and what was to be imposed in India!

It is important for Hindus as well as non-Hindus to have a correct diagnosis on the social history of Caste system while the misconception on Vedic teachings is spreading like wild fire.

Caste system has always been a problem ‘for’ India, a boon from The British I would say. Though we all know that nobody believes in division of men on illogical factors in this 21st century but we have to admit that few citizens still enjoy the superiority that they assume to have, due to the illusion from the past.

A recent caste survey found that one in four, among the Indians still believe in Caste system. India could actually change the mindset of rural and the urban with rural attitude by providing good education and creating development in their areas.  Andhra Pradesh being an epitomic example of prevailing caste based system has a recent example of the suicide of Rohit vemula which I don’t want to discuss in this article but point out that caste was misused and pointed at as more relevant by the Media than the actual malfunctioning of education system. Caste system is nothing but a political tool for vote banks and controversies, which is the part of a game.

Generally we go back till the Vedic age when we talk about the genesis of Caste system. But do we realize that the word ‘Caste’ is derived from a Portuguese word ‘Casta’ meaning ‘Race, Lineage or Breed’. There is a big misconception among the public that caste system in India is divinely inspired

What is said in the Vedas?

The most controversial line “Chathurvarnyam  Mahashreshtam” from ‘Purushasukta’ of the RigVeda is brought to debate under this topic but is intentionally quoted inappropriately  since the debaters leave out the very next line “Gunakarmam Vibhathara”.

First step towards understanding what is said in the Vedas is the ability to distinguish between ‘Varna’ and ‘Jati’.
Firstly, Caste refers to Jati not varna. Jatis are the thousands of indigenous social- occupational groups, while varna refers to the four individualized societal functions described in many texts.

Let us begin by translating the verse I had mentioned above (from the Purusha Sukta). The 90th Sukta of the 10th Mandala in the Rig Veda. Here the entire universe is described as the body of God (Purusha), and of all creation as emerging from Him.  Like in the book of Genesis from the word of God- The Bible
From his mouth came forth the Brahmins (mouth-Brahmins were engaged in chanting and other prayers)
And of his arms were Rajanya made
(Arms- Kshatriya were engaged in wars and fights. they were the warriors)
From his thighs came the Vaishyas (Thighs- Vaishyas were engaged in works which required no movements, as in sitting. They were business men, accountants etc)
And his feet gave birth to Sudras. (Feet- Sudras were engaged in works requiring alot of travel, they were the messengers, peons etc)
At a literal reading, this indeed appears to define a hierarchical system of classes with the Brahmins occupying the most prestigious position and the Sudras being the most inferior as they emerge from the feet. And this has pretty much become the dominant understanding of the verse among academics.
The best way to demonstrate the silliness of this interpretation of the 90th Sukta, is to actually assume it to be correct and then see where that leads us in terms of understanding the rest of the hymn. Thus, if the above verse indicates a hierarchical system, then presumably the body parts of the God (Purusha) from which everything in creation emerges, or the order in which the names are mentioned, or both, ought to be indicative of its superiority or otherwise.
Let us test this understanding against translations of the next two verses from the 90th ‘Purusha Sukta’:
Of his mind, the Moon is born
Of his eyes, the shining Sun
from his mouth, Indra and Agni,
And of his life-breath, Vayu
Space unfolds from his navel
The sky well formed from his head
From His feet, the earth and His ears the Quarters
Thus they thought up all the worlds.
If our assumption above were true, then the moon ought to be superior to the sun because the mind is superior to the eyes, and also because the moon is mentioned first. Moreover, based on where they emerge from, Indra (the king of the Devas) ought to be inferior to both Chandra (moon) and Surya (sun) and on par with Agni (fire), which also is illogical.
A similarly absurd comparison of the space, sky, earth with the ‘four directions’ will arise from the second verse. If the earth comes from the God’s (Purusha) feet, is it then inferior to the moon which comes from the mind?
There is clearly no hierarchy intended, but only symbolic meanings.

In  way Chathurvarnyam was established as a part of planning and organizing for a better management of the economy. Say an example of a Court, not all can become the judge. We need Peon, Courtofficers, lawyers etc for functioning the court like wise a system and order existed. Hence occupations were charted and people were given options to chose what they want to do. For evidence let me quote Veda “I am a reciter of hymns, my father is a healer, my mother a grinder of corn. We desire to obtain wealth through various actions”-- Rig Veda 9.112.3. I guess this helps us understand that people had choice of career. Chathurvarnyam is not caste system but a proper management technique for a better functioning of the system.

Evidences from the Religion's History

There is only one varna in the ancient Indian society. Read the following passages and quotes from different Hindu texts and Scriptures.

In The Bhagavad Gita, 4.13, Krishna says: “The fourfold varna has been created by Me according to the different ‘Gunas’ (Qualities)”. According to The Bhagavad Gita, ‘varna’ is conferred on the basis of the intrinsic nature of an individual, which is a combination of three ‘gunas’ (qualities): sattva, rajas, and tamas.

In the Mahabharata SantiParva, Yudhisthira defines a brahmin as one who is truthful, forgiving, and kind. He clearly points out that a brahmin is not a brahmin just because he is born in a brahmin family, nor is a sudra a sudra because his parents are sudras.

Apastamba Dharmasutra states that by birth every human being is a sudra. It is by education and upbringing that one becomes ‘twice born’, that is, a dvija.

Manu sums up the relative status and functions of the varnas in the following verse of Manu Smrti: “The brahmin acquires his status by his knowledge, the ksatriya by his martial vigor, the vaisya by wealth; and the sudra by birth alone.”

In Bhagavada Gita 18.41, Krsna states: “The devotees of the Lord are not sudras; sudras are they who have no faith in the Lord whichever be their varna.” Mahabharata says that a wise man should not slight even an outcaste if he is devoted to the Lord; he who looks down on him will fall into hell. SantiParva, Mahabharata also says that there is no superior varna. The universe is the work of the Immense Being. The beings created by him were only divided into varnas according to their aptitude.

Conclusion
This aspect of the caste system as it first existed has been acknowledged by even the most trenchant modern critic of the caste system.
As Dr. B.R. Ambedkar wrote- “Particular attention has to be paid to the fact that this (the varna system) was essentially a class system, in which individuals, when qualified, could change their class, and therefore classes did change their personnel.” (Writings and Speeches, Vol. 1, P.18)

It has been a trend by the westerners to criticize the sacred teaching and misinterpret it into illogical writings. Not only Vedas but also they try to depict Sanskrit as a language of oppression.

The beauty of Hinduism is its openess. Slokas like "loka samasthaa sughino bhavanthu"
"Adhiti devo bhava" etc shows us how welcoming and peaceful the religion is. Hinduism is an art of living and caste system is just one of the many factors that the invaders imposed on a Hindu nation which affected the culture and altered the teachings of Sanatana Dharma.