Winnie the Pooh my all time favorite fictional character since I started knowing alphabets. Yes! A huge thanks to Disney for playing a major role in shaping our childhoods. 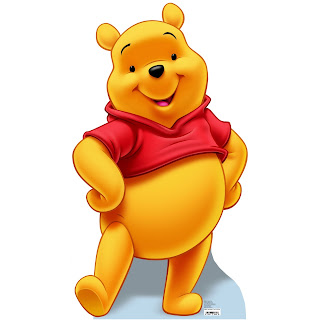 Today I was going through Instagram when I came across a Pooh quote shared by someone, Just reminded me of how crazy I was about this cartoon and it's characters. Not to forget that I used to rush every Wednesday during library hours in school to get my Winnie the Pooh adventures before anyone else in my class did. To be honest till date I love the soft toys of Winnie the Pooh characters and the words keep me going even now, during my hardships.

I want many more of you to realize how big a loss it would have been if you had not come across this beautiful classic, hence sharing this write-up to give you a hist of how soulful and epic this work of Milne is! [Better late than never]

Thankyou A.A.Milne for creating such wonderful childhood for thousands across the globe.
"You are braver than you believe, stronger than you seem, and smarter than you think," said Christopher Robin to Pooh.
These simple yet powerful words have been lifted from the pages of the classic children's book and shared thousands of times (our estimated guess) whether it's a meme on the internet or the front page of a greeting card.
There has never been a children's book that has provided us with quite as much soulful, inspiring and life-affirming quotes as Winnie the Pooh. Nor has a children's character touched as many hearts around the world across multiple generations as the bear named Pooh.
He may be softly spoken and a little dopey, but the cuddly figure and his friends Tigger, Piglet, Owl, Rabbit, Kanga, Roo and human pal Christopher Robin are full of humbling advice and profound wisdom. 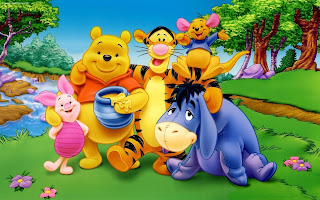 Quotes for the daily grind

On perspective
“When you wake up in the morning, Pooh,” said Piglet at last, "what's the first thing you say to yourself?”
“What's for breakfast?” said Pooh. "What do you say, Piglet?”
“I say, I wonder what's going to happen exciting today?” said Piglet.
Pooh nodded thoughtfully. "It's the same thing,” he said.

On slowing down
“Don’t underestimate the value of Doing Nothing, of just going along, listening to all the things you can’t hear, and not bothering.”

On self rewards
“Pooh always liked a little something at eleven o'clock in the morning, and he was very glad to see Rabbit getting out the plates and mugs; and when Rabbit said, 'Honey or condensed milk with your bread?' he was so excited that he said, 'Both,' and then, so as not to seem greedy, he added, 'But don't bother about the bread, please.'”

On missed goals
“Rivers know this: there is no hurry. We shall get there some day.”

On comfort zones
“You can't stay in your corner of the Forest waiting for others to come to you. You have to go to them sometimes.”

On mistakes
“My spelling is Wobbly. It’s good spelling but it Wobbles, and the letters get in the wrong places.”

Quotes for love and friendships

On affection
“Some people care too much. I think it’s called love.”

On loss
“A day without a friend is like a pot without a single drop of honey left inside.”

On separation
“If there ever comes a day when we can’t be together, keep me in your heart, I’ll stay there forever.”

On not losing sight of what's important
Piglet: “How do you spell love?”
Pooh: “You don’t spell it, you feel it.”

On closeness
“I think we dream so we don’t have to be apart so long. If we’re in each other’s dreams we can be together all the time.”

On selflessness
“Love is taking a few steps backward maybe even more… to give way to the happiness of the person you love.”

On loss
“How lucky I am to have something that makes saying goodbye so hard.”

On modesty
“It is more fun to talk with someone who doesn't use long, difficult words but rather short, easy words like 'What about lunch?'”

On attitude
“Sometimes the smallest things take the most room in your heart.”

On self worth
“You are braver than you believe, stronger than you seem, and smarter than you think.”

On staying assertive
“Always watch where you are going. Otherwise, you may step on a piece of the forest that was left out by mistake.”

On patience
“If the person you are talking to does not appear to be listening, be patient. It may simply be that he has a small piece of fluff in this ear.”

On judgement
“Weeds are flowers, too, once you get to know them.” 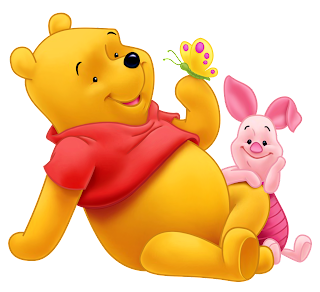